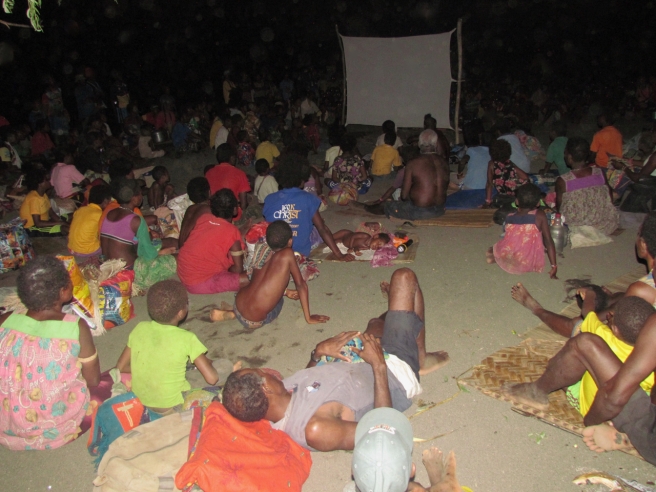 Bennis, an audio technician, noticed the change in the speaker’s voice and pressed the “pause” button. He had been watching the lines on the computer screen as a Siarlak youth read the voice of Jesus for the recording. Looking up, Bennis saw tears in the eyes of the young man. His voice choked as he explained to the recording team, “I can’t read this Jesus part. My heart is not ready for this role. Jesus touches my life too much!”

Others in the recording felt the same way. For some of them it was the first time reading the Bible aloud in their heart language and they were moved to tears at the beauty of the words. 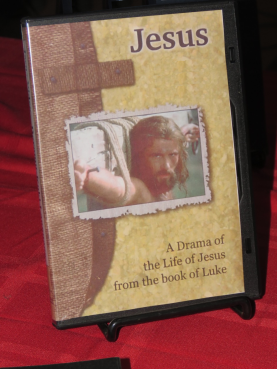 When the Jesus Film recording was finished and Bennis and his teammate had dubbed the voices onto the video, it was time for the Siarlak people to watch the film in their language. As the movie began and they saw men and women on the screen playing the parts from the Gospel of Luke, the crowd was filled with murmurings, asking each other, “When did these foreigners learn our language?” The recording team explained to them that it was actually some of their own people who were speaking the words.

The movie continued under the night sky as men, women, and children sat on the ground and watched the drama unfold on a large portable screen. When they saw Jesus being nailed to the cross, the whole group watching the film fell silent. Bennis, testified, “I could feel the emotion in the crowd and I knew the Holy Spirit was working.”

Afterwards, Bennis asked some of the women, “How was the movie?” They answered, “In our local language the message is so simple and we can understand the meaning much more clearly than before. It was like a light passed before us!” 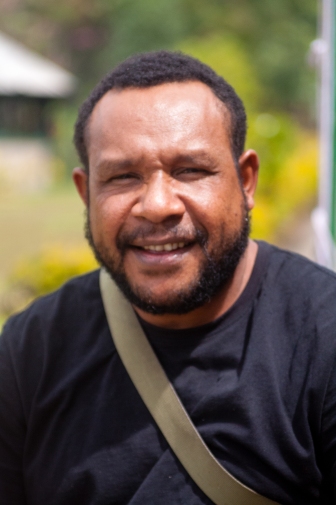 Translators Jim and Jaki Parlier came from the US and completed the New Testament in the Ese language in 1976. Taylor Tioja (photo above) was raised as one of their kids while they translated in the village. Taylor went straight into Bible college after finishing High School and studied there for 6 years. Towards the end of school he prayed and asked God what He wanted him to do when he was done with college.

“The Translator Training Course (TTC) has helped me a lot and now I have been able to train men who’ve gotten involved in the translation work as well. Through the training that I got I was able to go back and teach and mentor them. These teachings enabled them to be mentally equipped and prepared to be able to do accurate translation work. I now have a lot of manpower. They are trained well and are prepared to help me with the translation.”

All of the men that Taylor has recruited to be a part of his team have come to know Jesus because they saw the change in Taylor’s life while he grew in the Lord. “Those that our team has recruited to work with us are people that my life has impacted through the work of translation and the training that I got from the training center. We have recruited people that I have given the Gospel to and showed them the love of Christ; people who have changed from their old way of life and who’ve come to know the Lord.”

“We work independently of any outside organization. Working independently is a great challenge. Back at home, we come from very poor churches in the village.  The only support that our people are able to give to us is food offerings and prayer. The finances to get the translation moving has been a very big challenge for us. Also, the Ese Translation Project doesn’t have computers of its own. If we have computers for our translation work it will make our work much faster.”

Taylor is also a Scripture Use Coordinator for his community. He is a motivational speaker seeking to promote scripture use amidst his people. The Ese language includes around 18,000 people. He loves to promote and encourage people, and to set them on fire to read their scriptures in their mother tongue. “Pray for the scripture use work in the Ese language and pray for revival. Please also pray that the Lord will bring funds for the Ese Old Testament Translation Project.”